Creative is known for it’s video cameras, software, etc. At CES they released a competitor to Cisco’s UMI called InPerson HD. It allows you to have up to a four way HD video conversation right from your TV.

InPerson HD works with a seperate box from your telivision and requires a subscription to use the service. The subscription price ranges from $10 to $40 depending on the flavour you select from single point to point to 4 person multipoint.

Here’s a picture of what it would look like if you were using it: 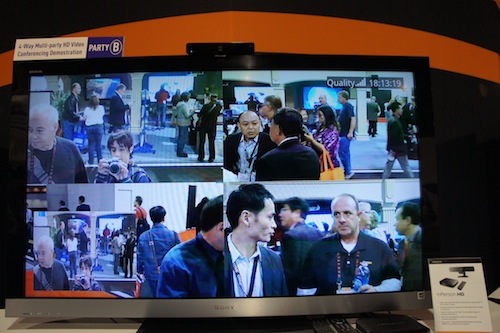 This service runs on a box that is powered by android which looks something like this: 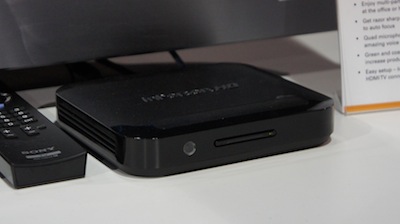 This whole setup is scheduled to be released to the public in the second quarter of 2011. The box will cost about $500 (same price as the currently available InPerson which is mostly a video chat only laptop) plus the subscription.