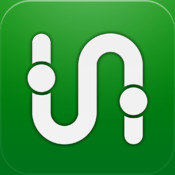 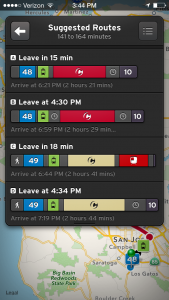 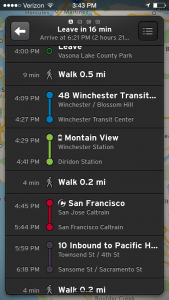 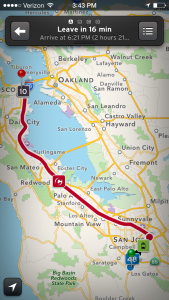 This is an article from The Next Web. I decided it would be easier to use their article than to write the exact same thing out my way.

Apple says it’s sold 28 million copies of OS X Mountain Lion and the Mac install based has doubled in the past five years. So what’s next for Mac? After initially joking that the new version of OS X would be called ‘Sea Lion’, Apple revealed that ‘Mavericks’ is 10.9′s name, indicating a shift from cats to names associated with California.

The new Mac Pro: A black cylinder made in the USA

iOS by the numbers

It was no surprise that iOS 7 would be unveiled today and it didn’t disappoint with a completely new design and lots of new features.

Photos and the camera:

Siri gets a new look:

Yes, Apple’s long-rumored ‘Spotify rival’ is here, but it’s more of a Pandora rival really. Here’s what the new iTunes Radio has to offer

And that’s your lot. Phew! Keep it locked to TNW for much more Apple news as WWDC continues this week.

Header image: Getty Images. All other images, via Apple.com

Source: The Next Web

Over the past year, I took the Japanese 1 class that was available to us at our school. This is the first time that I’ve actually taken and completed a language class. In the process, I always compared the challenges of learning Japanese to the challenges a foreign person might have when trying to learn English. For example, in English we use am/is/are for defining the subject of a sentence. I am, he is, you are. However, we also say “they are”, which is the same as “you are”. why is it that we have the same word for both a singular second person word and a plural third person subject? It doesn’t really make sense, but since we’ve grown up with the language, we don’t tend to really notice it very often.

Assume hypothetically that you are a student from Indochinalumbiland. You’ve attended your school and taken one year of English. You can probably write some great, complex sentences and do so with good grammar and spelling. Perhaps an assignment was to write a paragraph about yourself in English:

Hello. My name is Arrow. I was born on May 12, 1996. My favorite color is red. My family is four people: me, my mother, my sister, and my father. I live in Hindrawyt, Indochinalumbiland.

I know that a select few of you might be thinking to yourselves, “there is incorrect grammar here – when listing people in addition to yourself, you should include an ‘I’ at the end of the sentence, as in ‘my mother, my sister, my father, and I.” Well, Mr. English master, I know. Did you get the point? Probably. Despite the slight issue with grammar, the sentence is still easily comprehensible.

Now lets say that our pupil Arrow continues to take classes in English and becomes completely fluent. He can do business in English and has even learned Western customs and culture. He could come over to America and fit right in.

Then Arrow discovers the internet. All of the sudden he is faced with a new, untaught version of the English language.

not much lol, just tumblin

lol im not. amyways I gtg. c ya late

What is this mad language? Arrow never learned about this odd dialect in school. It’s still Emglish, but it is vastly different. Arrow has come to the barrier of Internet-speak.

The Internet is a very interesting experiment in language and communication. Online, there is no MLA or Oxford Dictionary telling people what’s allowed and what isn’t. Instead, users have taken the English language and adapted it to their needs. Due to faceless communication, people online use a plethora of acronyms and emoticons to adapt non-verbal communication to be suitable online. In addition, words are shortened and grammar is omitted in favor of shorter words that are easier to type. The internet is a wonderful example of the evolution of language. In fact, the online version of English is basically an entirely new species. A well-educated English speaker from the late 1900s would have a hard time understanding the conversations that are held online today, only a few decades later.

However, this presents a new problem for modern people: We must all be bilingual and use the appropriate language depending on context. Teens in school must know how to talk online in lolspeak and the next day write a paper in diverse, formal English. For some (like me) this hasn’t been much of a problem. However, many others haven’t been so lucky.

Terry Wood, a foreign language teacher at St. Mary’s Ryken High School in Leonardtown, Md., has seen a “dramatic decline” in the writing abilities of her students “due to Tweeting, Facebook, and texting.”

“They do not capitalize words or use punctuation anymore,” Wood, a teacher with 10 years of in-class experience, says. “Even in E-mails to teachers or [on] writing assignments, any word longer than one syllable is now abbreviated to one.”

Online communications has revolutionized not only the method of communication, but also what is being said. The internet has become a fast-paced consumer-controlled network of information and communication. Perhaps as the internet becomes more prevalent in our lives, formal English will fade out from our society in favor of more widely-used Cyberspeak. Prominent dictionaries have already begun to add words such as LOL and OMG to their vast expanse of words, but only time will tell what the future of communication will truly look like.