The iOS App Store is the main dealio when it comes to iOS. Everyone goes there for known good, easy to get, (sometimes) effective apps.

At Apple’s Back to the Mac Event, they were trying to bring aspects from iOS over to the Mac. They brought multitouch features, a centralized place for all your apps, but even better, they brought the App Store.

So with Mac OS X 10.6.6, you will find the application App Store in your applications folder.

Upon opening the app, you will find yourself having a flashback to your iPad. 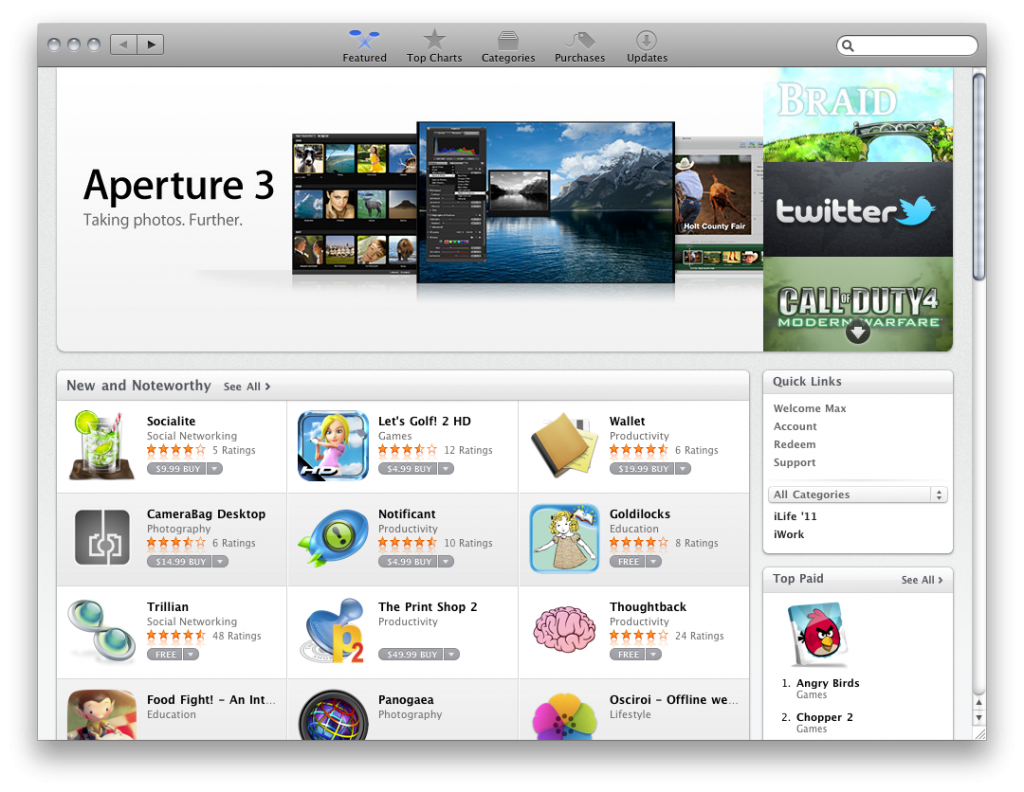 You have Featured, Top Charts, Categories, Purchases, and Updates at the top. Seems pretty similar to iOS, right?

On the featured page you have New and Noteworthy, What’s Hot, and a scrolling feature of featured apps.

Tap er…. CLICK on an app and you will be brought to a page that looks pretty similar to the app page in iOS. 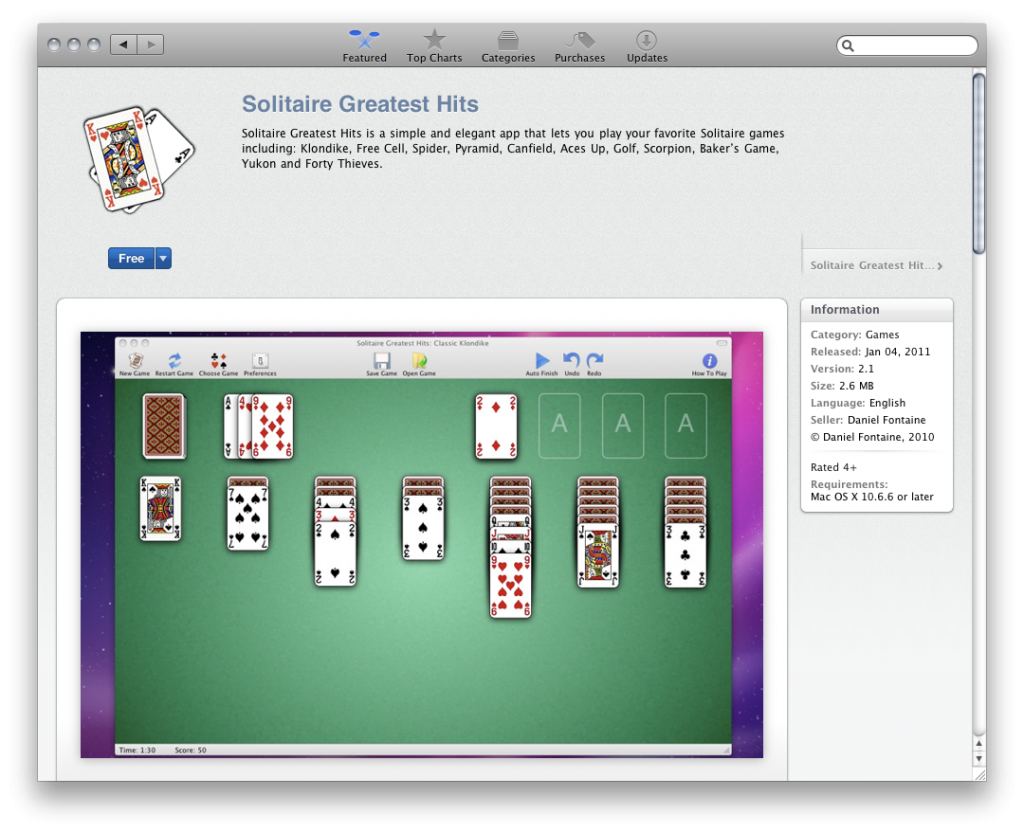 A description, a link that says the price on it, reviews and ratings, requirements, screenshots, iOS FLASHBACK!

And it only gets worse. CLICK the button with the price on it and you are asked to put in your Apple ID information (iTunes account information).

Once you sign in you will be greeted with a quite familiar process.

The app icon will literally fly from in the app to your dock with a loading bar across it (same one as in iOS, big coincidence). Once that is done, your app is installed and ready to use!

Having an App Store for Mac was probably a great idea. It’s an easy and already established way to get apps for your computer.

Another good thing about it is that you can now buy Apple’s bundled apps separately (like the iLife and iWork suite apps) instead of buying the whole bundle.

But my only worry would be if Apple decides to screw over all of the third party apps. Mac jailbreaking would be hell. if all of the sudden people had to start getting their apps approved by apple for them to go to the computers, I would definitely switch to PC. They’ve already done that with the iOS (which I am a rebel against to a degree) so the last source of freedom.

As the mac is right now, with both the Mac App Store AND the availability of third party apps is PERFECT. I think that a unified app store is a good idea but people still want their apps that aren’t in the app store.