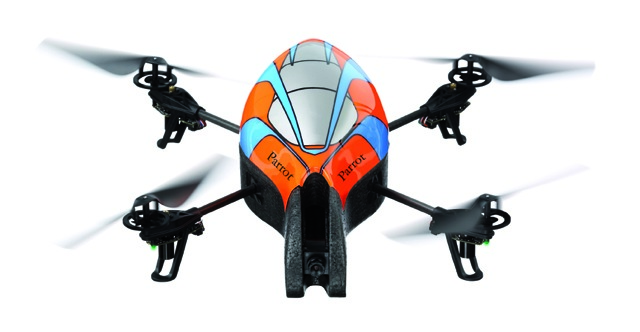 The AR.Drone is a french developed electronically advanced quatracopter. It’s a helicopter, but it has three blades. It is controlled via an iOS device through WiFi.

And It’s fun, but hard to fly.

I could go farther into depth with this, but I’m not going to.

Although it’s cool, it’s also ridiculously time consuming and expensive. Now, the AR.Drone itself is only $300. But over the course of three weeks it’s costed me over $500. Did I mentioned that I probably only got about two hours of time being able to fly it?

The real reason it’s so expensive is the repairs. You’re going to break every single piece of this thing, and the pieces aren’t too cheap when they all add up.

First, I broke a crosspiece. $30, plus two days shipping and an hour replacing it.

Then, I busted a gear. $30 later, I waited two days and spent about ten minutes replacing it.

Next, one of my batteries went bad. $40 and two days later, I fixed it.

And now, my main board is bad. But after all of those repairs, I’m not going to even order the replacement, as it’s $160 and would of course take another two days to come. Then I’d break something else and pay for another part.

This thing is fun when it works, but that’s a very small amount of time. That’s why I’m not going in to detail about it, as I’m going to save you the trouble to tell you this: Unless you have a college fund built up to repair it, don’t buy an AR.Drone.