Yesterday, everyone was so caught up in the Lion release that almost nobody knew that Apple also released a new MacBook Air and Mac mini.

The new lines of MacBook Airs and Mac Minis is merely a performance upgrade. 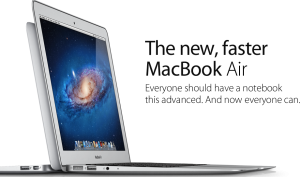 The MacBook Air finally comes with a Core i5 Processor, filling the complaints of a low-power Core 2 Duo. It also has a thunderbolt port – whatever (click here to learn why) –  and comes with the latest operating system OS X Lion. Other than those few internal improvements, there’s nothing new; it has the same price, design, thickness, storage, graphics, etc. 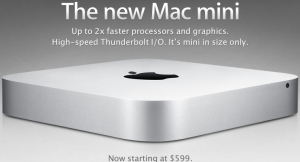 The Mac Mini gets these same improvements featuring an Core i5 Processor, Thunderbolt, and OS X Lion. In addition it has an HDMI port and a little bit smaller of a form factor. It also now comes with a 500GB hard drive standard. Other than that, same price and general design.

These improvements are just that – improvements. Welcome ones, at that, but still not the big leaps forward everyone expects from Apple.