So many of us have absolutely no idea how to code for Android. Heck, barely half of us know that Android is coded in Java!

But Google decided to be nice and create a graphical interface to create your apps with no knowledge of coding.

The app inventor consists of two main parts: The designer and the blocks editor.

The designer is all about the graphical interface of the app. Unfortunately, it only allows you to create a single front screen, so you can’t go into sub-pages. You can add elements and give them text and make them look how you want them too etc. The designer is actually all in a web browser.

The second part is the Blocks editor. Here is where you edit the functions off all of the components you added in the design view. You put different functions (blocks) together like puzzle pieces to add functionality to things. Unfortunately the documentation isn’t very helpful when trying to figure out how exactly to use these blocks, but I guess it’s possible to learn. The blocks editor is a java application that you can download by clicking a button in the designer.

Once you have your app built, you can do a variety of things: You can either download the app directly to your phone, save it to your computer, or use a barcode scanner on a phone and download the app from their servers over the internet.

Unfortunately, the apps you create cannot be put into the App Marketplace, and unfortunately they don’t notify you of this. So when you create an app in the app inventor and you want to put it in the android market so you pay to become a developer and all, you will be disappointed to see that your app will fail upon uploading. This is google’s fault, and at the moment there is no way around it.

Basically, the app inventor is a fun way to create simple apps, but don’t expect to be able to put your app into the Marketplace because GOOGLE HATES YOU.

Google App Inventor is only available as a private beta, so you can request an invite and cross your fingers. 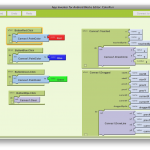 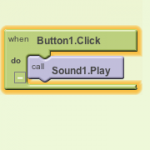 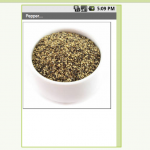 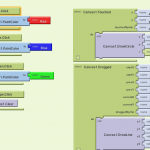 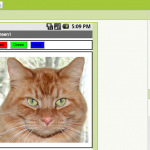