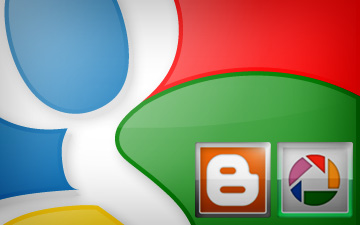 Yes, google is retiring the Blogger and Picasa brands over the next 6 weeks, in a push to Google+.

Picasa is already integrated into Google+, and will probably end up as solely part of Google+ instead of a separate service.

But I don’t know what they plan to do with Blogger. It could possibly be integrated to Google Sites in some way, or it could just be called Google Blogs, or maybe they are going to also integrate it in some way with Google+.

Blogger was a wonderful name: founded a few years ago, then purchased by Google, then substantial growth since then. This very blog started on blogger until I moved to WordPress.

Not to be mean or anything, but I never liked Picasa. It was a clunky, badly integrated service that only made a little bit of sense. When I saw that Picasa was integrated into Google+ as the photo sharing service, I hit my head against the wall a few times. Although I love Google’s photo sharing efforts, I’m not too sad to see Picasa go.

As I said, the retirement will happen over the next 6 weeks. It will be interesting to see exactly how they plan on doing this.