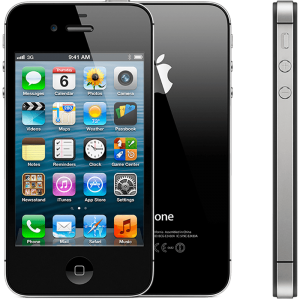 Today, Apple announced the iPhone 4S. It’s so simple I can say it in a single sentence.

The iPhone 4S features a better camera, A5 processor, Sprint support, another antenna, and a voice assistant.

The better camera is 8 megapixels which is capable of recording 1080p video, and the other aspect of the new camera is an additional lens and a wider aperture.

The A5 processor is dual-core and can run things quite a bit faster.

Apple decided that the iPhone needs two antennas to make calls – one to transmit and one to receive. After all, one antenna just doesn’t seem to do quite well on other phones…?

Last but not least there’s Siri. Apple bought this company a while back to create a fancy digital assistant, and my have they succeeded. Siri can understand what you say and create reminders, events, schedule meetings, move meetings, reply to text messages, find restaurants, and more with just your voice. I think it looks pretty cool – but there’s one question that I can’t seem to find the answer to: will it be available on the iPhone 4? If they only have it on the 4S it will really just be a letdown. After all, the iPhone 4’s hardware is definitely capable of handling that kind of processing pressure, and I don’t think Apple should use its software as an incentive to get the hardware.

This leads me to my next point – where’s the innovation?