Over the past few months I have seen so many great photo oppurtunities that I have had to miss out on because I don’t have a high enough quality camera. Yes, an 8 megapixel camera on my phone is nice, but you can still tell that it’s a phone picture. The features just aren’t advanced enough for you to get the perfect shot.

So I decided to invest all of the money I had into this camera (so don’t expect many paid reviews for a little while) and let me say, I’m happy with the results.

When you take a look at this thing, you do a double take. If you have half of the picture you see a compact digital body. The other half looks like a DSLR lens. And take a look at the whole thing and holy crap, they’re just stuck together.

Now let me note that this does provide one big problem: It doesn’t fit in any standard case. The lens will NEVER fit in a compact digital case, but the camera is flying loose in a DSLR case. Luckily it does come with a shoulder strap, but that still leaves the body exposed.

Lets get into the details.

It features a full APSC sized sensor that is found in DSLRs and also has a mirorless design. They kicked the image stabalization out of the camera body and are packing that into the lens.

Speaking of the lens, it’s interchangeable.

Now having interchangeable lenses is what really puts this camera farther towards the DSLR type cameras. The lenses are a bit smaller than full size DSLR lenses but they are still pretty large for the size of body.

It doesn’t feature many physical buttons, so all of the features must be accessed through contextual menus.

Overall the design of this camera has advantages and disadvantages. The camera is nice and small and light and features the flexibility of interchangeable lenses, but you lose an optical viewfinder and many physical controls.

As I mentioned the camera settings mostly have to be set using contextual menus on the screen.

One of the big catches that sony puts you through is having two menu items: one for camera and one for brightness/color.

If I want HDR, which one do I go into?? If I want to change the autofocus which one do I go into?? You have to answer these questions mostly by just playing around with the camera. Unfortunately this also means that every time you want to change around a feature you have to sort through these menus which can become a real pain if you just want to quickly change something to get that perfect shot.

But there’s another HUGE pain. This one will REALLY annoy you.

Actually, that’s a lie. It does come with a flash but you have to attach it using the proprietary “accessory port” on the camera. So you have to plan ahad that if you’re doing night shooting to bring that little flash with you in your pocket.

Another huge pain with the interface is that sometimes a function is “disabled” but it wont tell you why. For example, if you go to the settings to change the flash but it says “this function is disabled” you know that it’s because you don’t have the flash plugged in.

But it’s not always that simple. One example would be that it wouldn’t let me enable Auto-HDR (where it takes three pictures of different exposures and combines them) and I couldn’t figure out why. All it would tell me is that “this function is disabled”. After an hour of research I finally found out that it was because I was shooting in raw not jpeg. Life would be so much easier with this camera if it could just tell you why something is “disabled.”

The NEX-5 has many features that you would find on a full size DSLR.

Of course one of the big parts of that would be the interchangeable lenses. This adds a huge amount of dslrness to this camera.

It also features the usual stuff you would find on a dslr like HDR, image stabilization, raw, etc.

But a couple of things really stand out.

Set to shoot at JPEG, this camera can do a burst of 7fps. That’s pretty damn fast.

Now the amount of time that it can do a burst like this depends on the class of SD card you have in the camera and after a little while it will start slowing down.

Something that makes this camera different from the others is that it’s mirrorless. This means that there is no mirror that flips to expose the light to the CCD sensor, instead the CCD is smack in front without a mirror or anything. This was mostly done to keep the body of the camera even smaller. But instead of having a mirror it has a shade like thing that comes down and back up, which is what makes a distinct clicking noise.

And last but not least on my features list would be the screen. It’s more than just a standard screen it can do more.

This is perhaps the most important thing when it comes to a camera. And let me say, I’m pretty impressed with this thing.

I took my best shot ever with this camera on auto. I didn’t stage it. I was just there taking hundreds of photos with joy. Check out this photo. 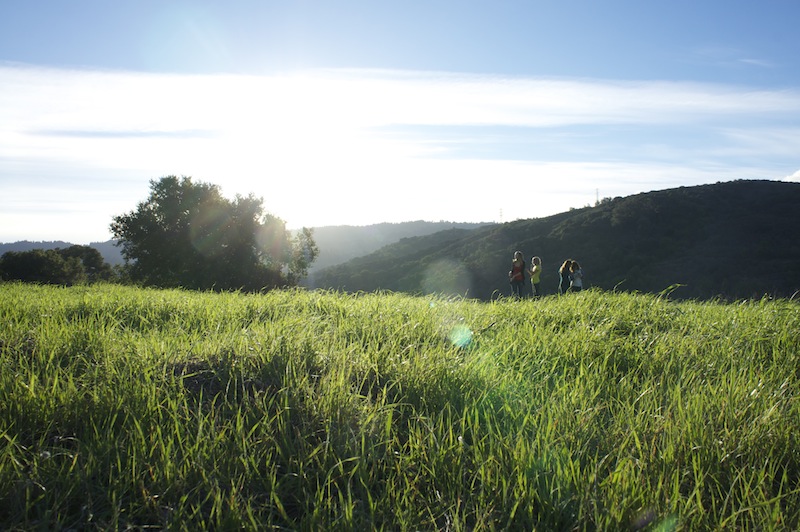 As you can tell the lens flare adds a nice effect.

Look at the quality of that picture. the colors are great, the focus is great, everything about that photo is great.

The pictures you can get out of this thing are amazing. The auto setting works perfectly for taking lots of photos without much notice. This is the kind of camera that you can bring with you everywhere you go and still take great pictures.

For more samples, check out the photoset of mine on flickr that has all of the pictures I took at a place behind my house called the NOLG.
Created with Admarket’s flickrSLiDR.
Those are some pretty cool shots. All of those were taken in auto mode.

Now theres a brother to the NEX-5, which is the NEX-3. It has a less pronounced grip and is made of plastic and can’t do full HD recording, but other than that, it is the exact same.

Now the NEX-5 seem pretty overpriced. You can get the NEX with a 16mm fixed lens or the 18-55mm lens.
Here’s a pricing diagram:

As you can tell they can be a tad pricey.

One thing that sony doesn’t make clear is that if you go for the cheapest model, you won’t have any zoom!! So make sure you are careful when choosing which model you want 🙂

Go get yours at Sony