If you are a multiple monitor maniac, you would know that sometimes it’s hard to decide to put your monitors. Placement can depend on use, ergonomics, functionality, placement of speakers, space, and available equipment.

My first ever multiple monitor configuration looked like this: 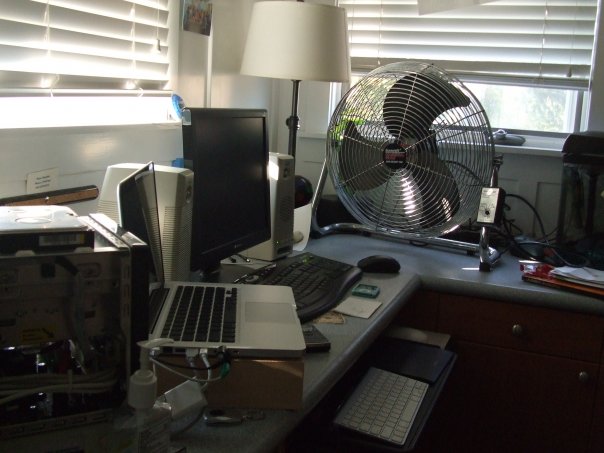 Then I decided to kick out the PC and attach my Mac to that monitor.  I also found out that I could use my iPad as an external display. 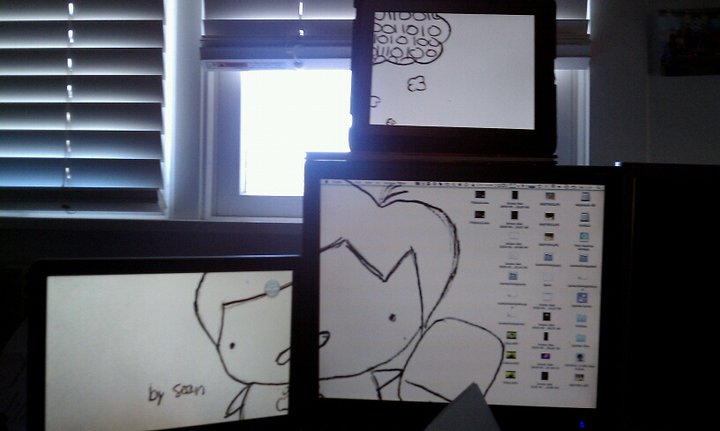 TAfter this configuration I got another Mac that I decided to use for all of my media. So I added that to the mix and for the first time I rose up the monitor over the others, and it created a four monitor grid. 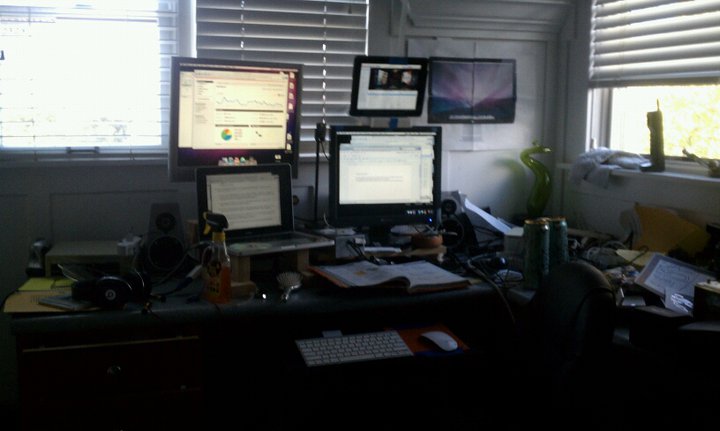 Then I decided to take the two laptops i had and make it two rows of three.

And then I did something crazy. I put the monitor from the top left on the opposite side of my desk and got rid of those two laptop screens. 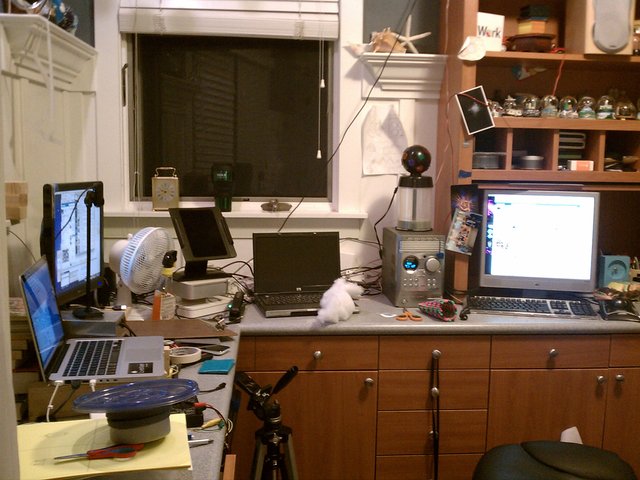 But tonight I decided to pull it all back together. And I ended up with: 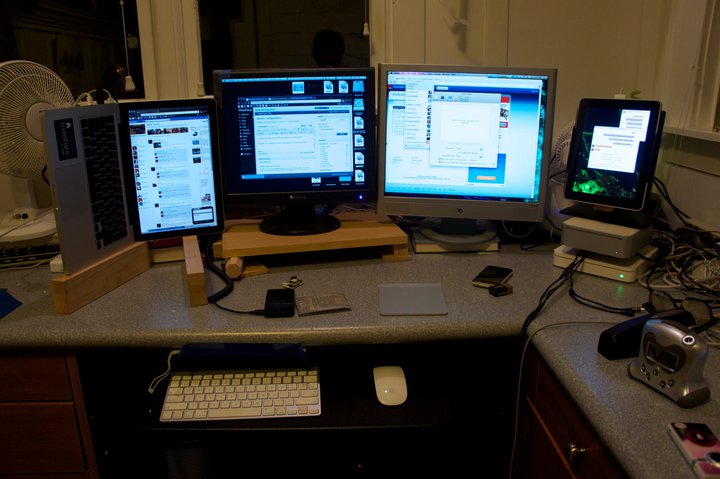 As you can tell my MacBook is sideways. But the screen is rotated so i can actually use it properly.

This was not easy to do. In the system preferences pane they don’t give an option to rotate an internal screen, so you have to download a third party app called Display Rotation Menu and change the rotation from the menubar of your computer.

So that’s the story of monitor configurations. Different ones have been cleaner than others, but I just wanted to post about the emphasis that monitor configurations have. My current one has proven to be the most productive so far because I don’t have to move around to work on all of my monitors.