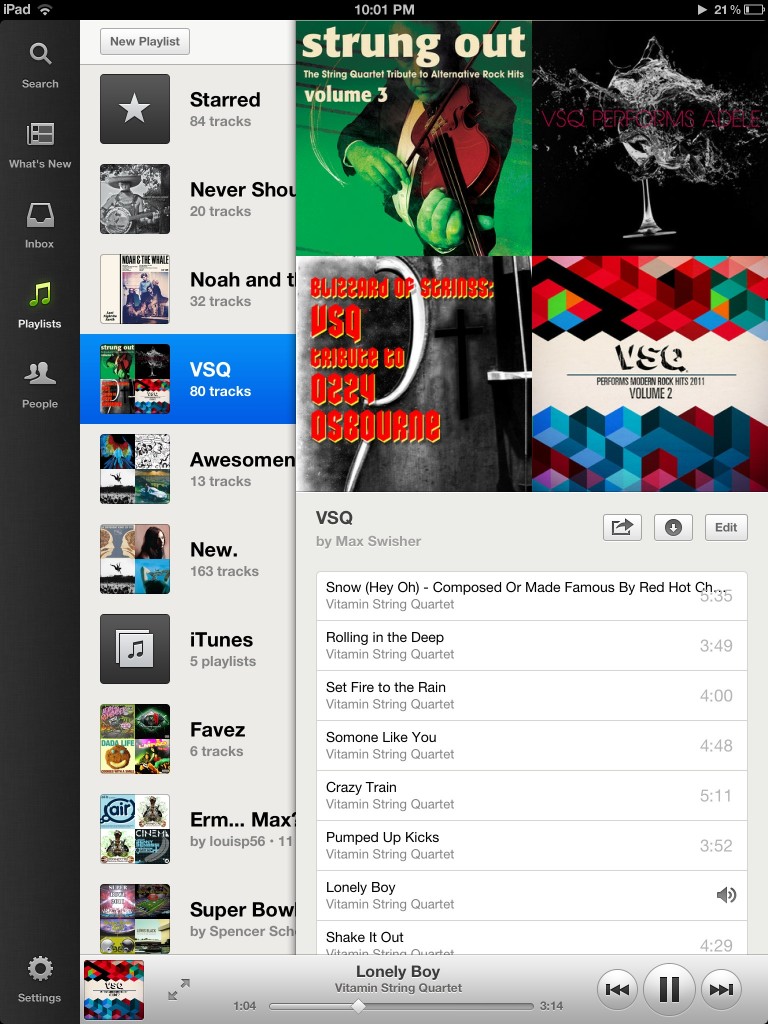 Look at the beautiful artwork!

I have been craving this exact item on the menu for the longest time, and finally Spotify has granted our wishes.

Previously, it was necessary to use the iPhone application on the iPad, which was disappointing as spotify could have done so much more with the large screen real estate.

The new iPad Spotify app is really the new Android Spotify app‘s older brother. It features a similar interface with  all of your standard Search, New, Inbox, and other menu functions in a left menu. It is also similar to the Facebook and Twitter iPad apps thanks to it’s clean, sliding panels.

Spotify integrates a lot of album artwork, with their signature two-by-two paneling of playlist album art.

If you want Spotify on your iPad, it is a free update for those who had the iPhone app installed previously, or you can go to this iTunes store link.